What to Eat to Speed Up Metabolism and Burn Fat 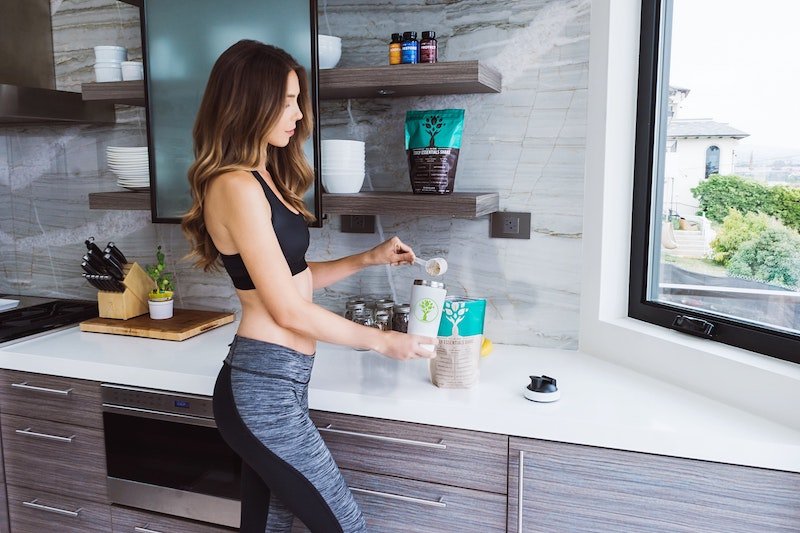 Your weight, food, and metabolism define you in a lot of ways, and with the right food selection, you can really speed up your metabolism.

We all need the energy to do even the simplest stuff, let alone the complex ones. It takes energy to think, raise your arm, place your feet on the ground and walk, speak, and, surprisingly, to even fall asleep. This is why we eat and drink.

Food substances are grouped into five classes: carbohydrates, proteins, fats and oils, vitamins, and water. Each plays an important role. And without them, we would grow weak and sick and might even die of starvation.

When we ingest food, the energy stored in our food is usually in a form the body cannot immediately make use of. This means that, for the energy in food to be released, the digestive system must digest most ingested food substances. And then break them down by body cells and tissues to release energy.

The process of breaking down food substances by body cells to release the energy in them, simply put, is called metabolism. (1).

The unit of how much energy is stored in particular food substances, the amount of energy this substance can supply the body, is called a calorie.

Food substances and drinks with high calories contain a lot of energy compared to others with lower calories and are broken down (metabolized) even faster.

For example, a pack of pizza contains more energy than a plate of vegetables even though they are both food substances!

If you eat a pack of pizza (or any other high-calorie food), let’s say, in the morning before leaving for work or school, you most probably would feel energetic throughout that morning.

You might not even feel the need to eat any more food until the afternoon! This is because the calories in pizza are a lot, and it takes some more time for your body to break down this energy and make use of it. Substances with high calories, like pizza, for example, are called high-calorie foods.

In contrast to eating pizza, if you eat a plate of freshly cooked vegetables before leaving for work, you might feel hungry faster than you usually would. You might even resort to taking snacks to keep up with your bodily energy requirements.

The reason for this is that vegetables contain lesser calories than pizza, and it is easy for your body to break down these calories and use them up. Food substances with low calories are called low-calorie foods.

Generally, high-calorie foods are slower to metabolize. (2) While it is sometimes a good thing to take in high-calorie foods, seeing that you would be energetic for more extended periods, it is sometimes a bad idea to do so. Especially if you don’t use up a lot of energy by means of metabolism, if you do not move around a lot, or if you sit in an office all day or lie in bed too often.

Think of what would happen if one keeps pouring water into a bottle with no leaks. At some point, when the bottle can no longer contain any more water, they’d be overflowing, and a bulk of the water that still comes in is going to go to waste.

Unlike the bottle that allows water to be spilled, our bodies almost never waste energy when healthy. Almost all unused energy in the food we ingest is stored in cells and tissues for further use.

So, if you eat a lot of high-calorie foods whose energy your body cannot metabolize and use up immediately, your body stores the left-over energy until when it is needed.

If it is ever needed, that is. It most probably wouldn’t be required for re-uptake, trust me, if you keep eating more high-calorie foods.

Fat is stored in special tissues called adipose tissues. Adipose tissues are scattered throughout the body but are mostly found underneath skin and between muscles.

For this reason, people seem to grow fatter when they begin to take in high-calorie food they don’t use up completely.

Do you want to gain weight? Then it will be best if you take in a lot of high-calorie foods. But, please, watch that you don’t gain too much weight and you become unhealthy.

Do you want to lose weight? Then, please, avoid high-calorie foods. Instead, only take foods with low calories—foods that can increase your metabolism.

What Happens If You Speed Up Metabolism?

A lot happens when your body begins to use up more and more energy at a faster pace. This could be due to a change in diet or due to activity or exercise. When you exercise and engage in activities that require large amounts of energy, your metabolism rate increases.

Some of the changes that occur when this happens include:

Foods That Speed Up Metabolism and Burn Fat

Iron isn’t only necessary in the body for the formation of hemoglobin. It is also necessary for metabolism to take place. The thyroid gland is a gland in the neck that produces certain hormones that help the body break down substances. For the thyroid gland to function optimally, iron is necessary. (6).

Through research, it’s been found that the thyroid gland fails to function the way it should whenever there is an iron deficiency. Thus, metabolism reduces.

Coffee is capable of increasing the metabolic rate by more than ten percent. This is because of the ability of caffeine present in coffee to induce alertness and increase the awake time. Coffee drinkers use up more calories than non-coffee drinkers, for sure.

So, coffee should be your go-to guy if you plan to use up more calories. Note, however, that effects vary based on physiological differences between persons.

Drinking enough water is necessary to stay hydrated and productive. However, it seems that drinking a lot of water is capable of increasing metabolism by around twenty to thirty percent.

Researchers believe that this is due to the fact that water must be heated up to body temperature when it is drunk.

The energy needed for this heating to take place must be gotten from breaking down other substances, thus increasing metabolism. However, the effects of water on metabolism do not last for long. It only lasts for a couple of hours.

– Energy is stored in food substances. This energy is called calories.

– The process of breaking down food substances to release and use up the energy present in them is called metabolism.

– The body stores unused calories as fat. And one might experience weight gain when he begins to take in a lot of high-calorie foods.

-When the body’s metabolic rate is high, energy is used up more, and some of the changes presented are weight loss, drop in sugar level, and better blood circulation.

– Some foods that can speed or increase metabolism include protein, caffeine, chili peppers, and water.

Photo by LYFE Fuel on Unsplash

Sara Leandro is a certified health coach who helps others feel their best through individualized lifestyle changes that meet their unique needs and health goals. 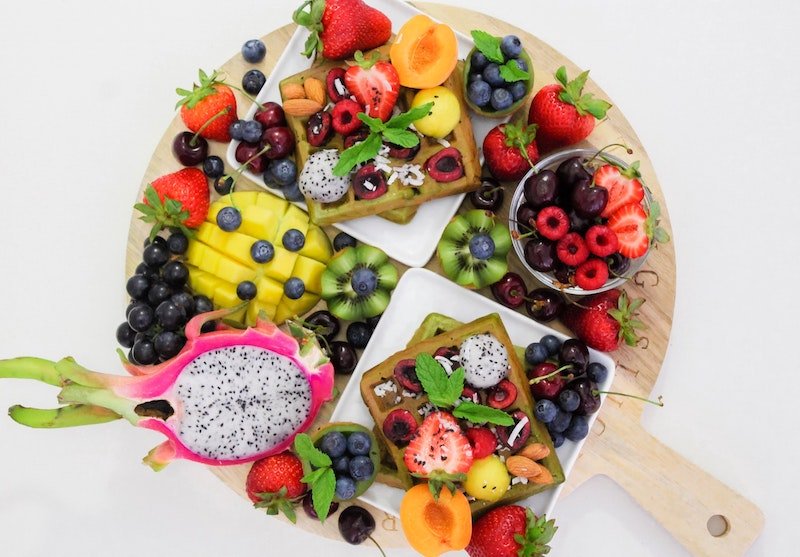 5 Healthiest Fruits to Try This Season

Eating fruits has to be one of the healthiest eating habits there is. But some people have some difficulty choosing. What are your options? What should you or not have? In this article, we help you with the 5 healthiest fruits to try out this season. 1. Watermelons... 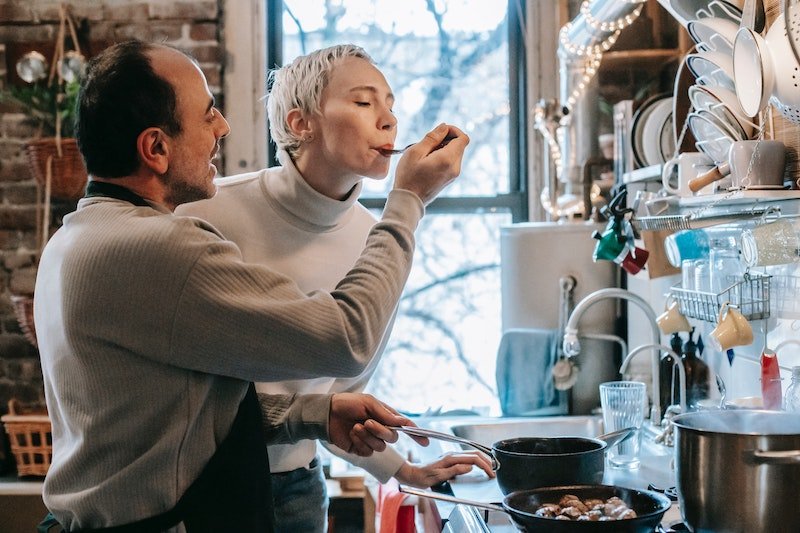 Why is It Better to Eat Homemade Meals?

Everyone talks about how much better it is to eat homemade meals. The big question is: why is it better to do that? Why do the meals we prepare at home get a pass, whereas purchased foods do not? In this article, we explore why it is better for you to eat homemade... 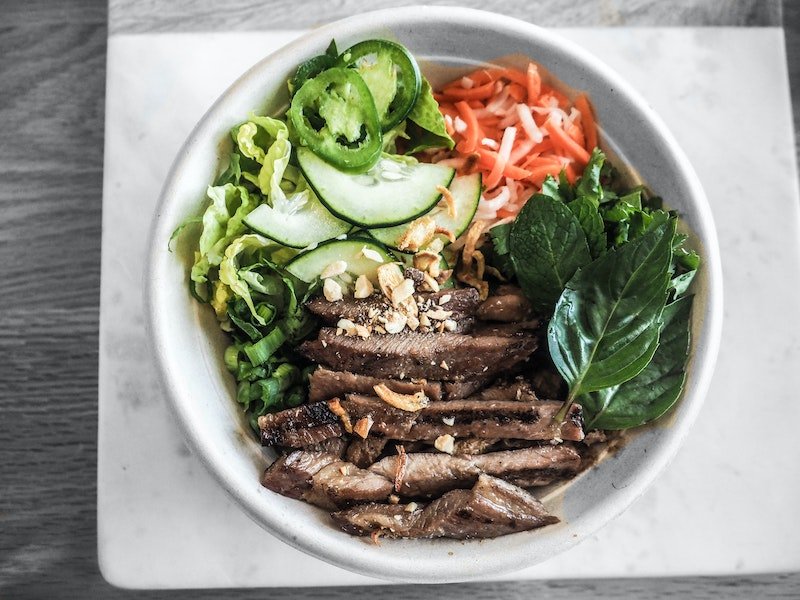 5 Carbs to Avoid (or Limit) for Weight Loss

Some of the carbs you eat or don’t eat every day might be sabotaging your efforts to lose weight. We know that eating fewer carbohydrates is a great way to lose weight faster, as low carbs reduce appetite as well as calorie accumulation. So, we have made a list of 5... 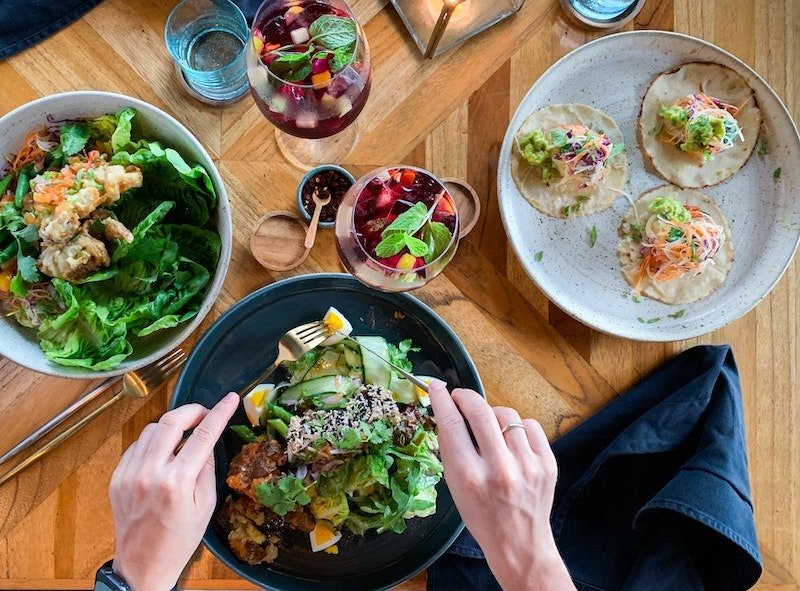